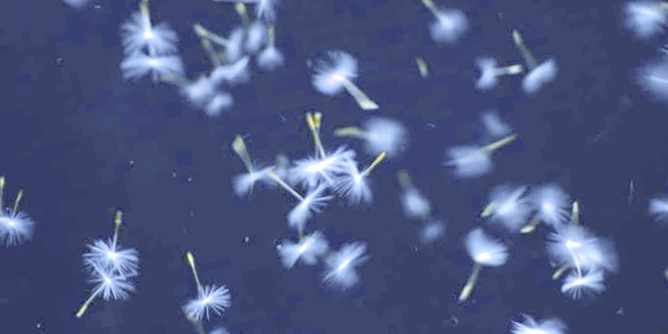 It’s Sunday again. For some people they wait till the last minute or procrastinate… (such as making news articles ahem). Sunday night anxiety or depression is a thing for some people as they have Monday around the corner and all the things they need to do come back to memory and one realizes that one has to prep for Monday, be an adult and that their weekend party is over.

For many people that are in the millennial generation perhaps it was a lot of college time playing video games in our dorms or we just got used to staying in, doing Sunday laundry and binge watching Game of Thrones or whatever. But you can beat the Sunday doldrums and dread.
According to Betterhelp, some people get into a “routine” or feel like too much is “piling up”.
One can alleviate this by spreading chores and things throughout the weekend and not get into a rut and interspace fun and also bits of tasks you need to check off. Time is what you make of it after all. And so it’s suggested that you spread tasks through the week and not make Sunday the big chore day. Another thing is that it’s okay to have fun. Perhaps have a fun activity on Sunday and some chores also interspaced throughout the weekend so you’re a bit more balanced and it’s not an all or nothing day.

That being said, let’s get into our topics for the week.
You may have heard these expressions:

What does this have to do with the modern day millennial and potential busin-etrepreneur? (business entrepreneur). Well we all know that nowadays there’s little to no privacy that can be attained with the advent of the internet, social media, MSM (main stream media aka mass media). And we probably have seen shows that show video clips of things that are anywhere from 30 seconds to 5 minutes. The views of things are now counted with social currency. And what is exciting or cute or exhilarating or funny holds a sense of value for a short period of time whereby it can get many views or massive amounts of clicks. This is called going viral. And people can purposely go viral in the good sense for business intentionally. Sometimes it just happens perhaps with a friendly debate or challenge that gets picked up organically by a bunch of people genuinely interested in something. That’s when you see that maybe something is very popular or touches on some fundamental human interest story that people just have to comment on.

These are some of the main reasons. And there’s likely other reasons as well.
Why would going viral be good?

Obviously going viral can be good for people wanting to promote products or websites. And again most of the time people want things to go viral if it helps them somehow. People have become instant celebs for periods of time or found them on interviews or talk shows, or had their products become successful from the publicity. They’ve become memes from simple catch phrases in videos or become the subject of parodies.

Now people usually want the viral trend to be organic. You can tell when a brand or product is a “try-hard” or trying too hard to be popular. And that can get negative backlash from people saying that they are “fake”.

Another bad circumstance would be things you didn’t intend or want to go viral at all but end up becoming even more so. This happens when things become scandalized or subject to unwanted attention. This may have happened also when “cloud leaks” or “phone hacks” etc that happened with celebs and such in 2014. This data dump leak has its own name on Wikipedia but today we’re concentrating on a what’s called a “Streisand effect” which has its own entry on the online world wide open encyclopedia. The origin of the term comes from the desire to censor a piece of information, news, photo, movie or other item with the intention to hide, conceal or remove knowledge of that fact or information with unintended consequences of causing it to become even more widely know or go viral, especially in the case of the Internet. As Wikipedia states, it is “an example of psychological reactance, wherein once people are aware that some information is being kept from them, their motivation to access and spread it is increased.”

This has happened not only to celebs but also various other people trying to do damage control or who were doxxed (which means their documents were released on the web with intention to embarrass them). But sometimes this Streisand effect is not to embarrass so much as to let the truth be known. For example. In the case of certain “journalistic press” sites, political data or knowledge or “leaks” have been made public. And then later when the site was threatened by parties wishing to shut it down then insurance was made by spreading or disseminating information either as a distributed file or torrent or peer-to-peer manner. With the advent of the internet, distribution of material has gotten a whole lot easier. And it’s become a good and bad thing in a sense also. On the one point it has made whistleblowing or revealing of news more public (although with misinformation or disinformation campaigns from certain sources that in some cases are state sponsored or sown with political and discord in mind, it can be disruptive). On the other hand it can be bad in that things can be spread faster even if they are outright lies, malicious, salacious, or otherwise hateful or false. An example could also include packets of personally identifiable information about individuals. For example: compromised pictures, personal biological data, genetic information, and other leaked data can become sources of global identity theft.

A person’s personal cellphone for example could be leaked in jest and end up with floods of calls which is what was done a few years in the political arena. But it could very well extend to emails and pictures of a house or address or other personal information.

Why should you as a millennial or whatever generation care?
Well, be aware that privacy and technology has sped up transmission of information and what you put online could be archived and stored and shared forever. Be conscious of what you’re putting out there.

Many people are starting to realize just how much data is collected now with voice activated smart speakers, cameras and cellphones and Snaps that are supposedly deleted after a set time.
We really don’t know how these companies are storing all these Terabytes and Petabytes of data that we share with them. And even if we aren’t celebrities, we are constantly being surveyed by bus cams, people who think they are journalists and want to just put you on their Snaps just cause you did something funny, people that walk through a store. Your data is likely saved somewhere for posterity.

So ask yourself next time you share or capture that person doing the weird dance or singing a tune. Do you really want something to go viral and potentially embarrass or change a person’s life? Do you want them to accidentally feel the Streisand effect?

A side note is that some people that become famous or known for that one thing often wonder if they can ever have another moment that surpasses that. For example sport celebs or first responders to emergencies etc, have had their 15 minutes of fame for good, but sometimes they relive that moment that changed their life and wonder what if they had never happened to them which gave them the chance to do talk show interviews or short burst of fame. Some people that responded to crises and emergencies became instant heroes, such as the airplane pilot that landed in the river near New York. But then their life is forever identified with that one even or type casted.

Another topic that we’re going to briefly touch on is something called “shadow banning” which is also called “comment ghosting” or “stealth banning”. This is such that a person that makes a controversial or post that potentially violates a site’s rules are hidden or blocked in such a way not apparent to the user but makes it so that their followers or viewers don’t really see the content and can’t interact. This is done with the intent to frustrate or become bored thus making the spammers leave. The comments may be “trolling” or purposely inflammatory or provocatively done in jest. This type of banning allowed a user to still read other’s posts but not create viewable content in most cases.

The importance of decentralize platforms and distribution of information will become more and more important as time goes on. Information wars are being conducted in a sense to keep some informed and others in the dark. There’s an efficient market hypothesis that for instance in a fair market like the stock market all information is already known and priced in, but there’s obviously information that not everyone knows. And eventually this will end up on the country level and maybe various civilizations. Some countries as noted by NPR news are already testing having their own versions of internet in the countries with their own big “firewall”. They might for instance have their own country’s translated and copied version of a major search engine. They might have their own social media platform. Each country would have their own version let’s say of the FAANG’s. The FAANG’s are the major tech stocks if you aren’t already aware.

This could be good in once sense because it can mean countries will be forced to compete and create their own better versions of things. And maybe no one has the best of anything and they might be able to have competing technologies. However at this current moment it may be walling off other software, access to internet, and also creating censorship blocks.

There is also one advantage that NPR’s news stated that a walled-off Internet can create fewer open attack points. And rather than being connected globally, having one’s own country’s version of a website can prevent identity theft related attacks on IoT or Internet of Thing devices.

And for example, rather than having a US or European or Asian version of policy that you have to conform to (etc), the country could take any open software version and adapt it to their needs.

This will be interesting in the future. Hopefully countries will adapt and not necessarily reinvent the wheel entirely but perhaps come up with new inventions that one country never thought of. Many civilizations and innovations have been destroyed or not preserved throughout the ages and perhaps many ingenious ideas have been lost and cultures destroyed and not saved. We need diversity in thought, software, and also knowledge.