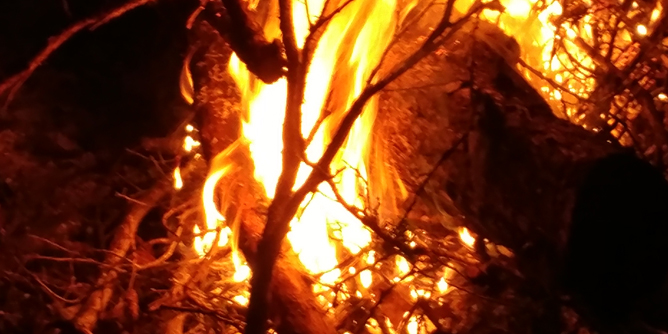 It has been a few days since the broadcasting of massive Australia wildfires but it is noteworthy at the sheer size and scale of it compared to the country.

Using a map that was superimposed over the United States, one could see the extensive distance covered by the fires across the rim of the Australian borders which would rival the sheer distance of a coast to coast fire in the U.S.

What is causing this large fire that is larger than an Amazon rain forest fire or a California wild fire?

Current the fire has damaged between an estimated 12 to 15 million acres of land. This is catastrophic considering the region is home to such a widely diverse population of wildlife, animals and flora unique to the region. An estimate puts the damage to the ecosystem at around 480 million animal killed or injured via way of the fire. The include many beloved species of koala, kangaroos and kookaburras. Such destruction is precarious to the diverse wildlife. Today the news also warned that many more animals have been hurt or will be killed from this fire if this continues- an extremely dire situation.

Military in the region has been called in to render an emergency response.

According to a Statistica map found from ABC news’ website the fire damge in acres is even bigger than 2019 Siberian fires, Amazon fires of 2019 and 2018 fires in California combined.

Many celebrities and people that are able to are pledging to donate to the horrible fires in Australia.

These fires have been burning for quite a few weeks now and are still out of control. Lots of smoke and intense blazes are spreading through Sydney and Queensland and New South Wales. This has been one of the driest seasons so far. A State of Emergency was declared. According to a CBS report, nearly half a billion animals have been hurt or killed in this disaster.

Where are local fire volunteers and people to help contain these fires? Your Steve Buscemi’s? Also noted are water shortages. High intensity winds according to BBC of 90km/h also risk damaging power lines and causing further damage. Aerial satellite photos capture plumes of smoke coming from the bushfires. Many people have had to evacuate. The photos show that the fires are in isolated spotty areas over the region and many helicopters have come by to dump water on the fires in an effort to control and slow the spread.
Some postulate that the effects of climate changes are correlated to the fires but others aren’t so sure.

If you check Wikipedia’s article on “Bushfires in Australia” you will see that this fire has been ongoing since September 2019 and also affects Tasmania, Victoria and Western Australia with more almost two thousand homes destroyed.

Hopefully Australia will be able to return to normalcy soon.