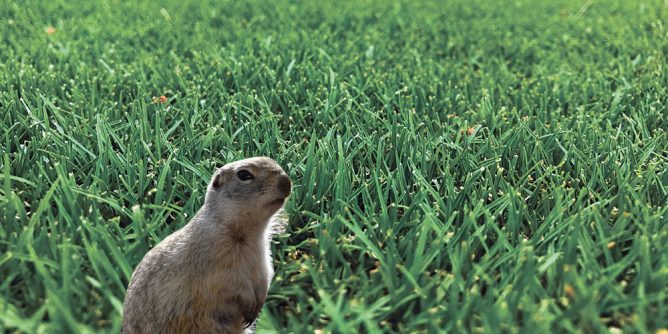 Too often people get rid of old equipment and things of value in search of something bigger or better. A used bicycle, maybe an old sweater or hand-me-down ends up getting overlooked. Or a toy that’s perfectly adequate gets replaced. One of the best life advice songs came from Baz Luhrmann’s Everybody’s Free (to Wear Sunscreen). The song lyric goes “Advice is a form of nostalgia. Dispensing it is a way of fishing the past from the disposal, wiping it off, painting over the ugly parts and recycling it for more than it’s worth. “

Why are people in such a rush to bring about planned obsolesence and rush every year during the big Black Friday events to spend and get a new gadget or piece of clothes when they can patch it up, clean it up, and update it with a fresh coat of paint or mend the worn bits. Granted not everything can or needs to be patched or fixed, but that’s what the older generation and boomers used to do. They used to in essence hoard a few items, and keep it in case an item needed to be replaced with another part. They didn’t need new items, they had Fix-It repair shops. The didn’t need to buy a new blanket, but add a patch or square to the quilt. They didn’t need to throw away plastic bottles, but wash them out, clean them up and heat them up and reused and recycled the items they could. They would get donate to thrift shops and other second-hand places for resale.

And so we challenge this generation to go back and take another look on occasion technology, goods, and services that exist and see if there’s a creative or smarter or more efficient way of doing things instead of reinventing the wheel and getting a brand new one.

People have been hustling and trying to make the most of their money for years, but they sometimes need to remember things that worked well also have been enduring and around for a reason.

An example is the Gopher (protocol) which has been around for years as a communications protocol which allowed searching, retrieving disseminating information on Internet Protocol networks. It was the early precursor to the World Wide Web and had menu interfaces.

However it fell by the wayside due to the wider use and more flexible format of Hyper Text Markup Language or HTML that’s currently used on almost all websites. It also had issues with licensing and also better alternatives.

The protocol was very much like a text based hierarchal menu, but again web browsers came along and were able to offer better navigation options.

Not only has software changed rapidly over the years and web standards, but also hardware. Moore’s Law was what drove Bill Gates to realize that the future of computing rested mainly in software since hardware would get fast enough to execute millions of lines of code. Today we take for granted the fact that we can find weather by just asking our phones to pull up the weather verbally. But as NPR radio stated, we now have portable scanner technologies that can print with pin point accuracy where to apply sunscreen to a person’s face and it relies on several thousand lines of code.

We don’t realize also that many of our old Dells and Thinkpads and other old computers and x86’s can be renewed and used as server units, routers and connection hubs and dumb terminals.

But we’re so into looking for the next shiny bright gleaming toy, we overlook the good that we have now. We search for El Dorado or the gleaming shining knight with no chip in their armor and abandon our plastic friend once a fancy sexy shiny model of the year comes rolling around. We had it good and had something that worked and was reliable and jumped for the new thing.

As Charlie Chaplin said in his first spoken role in The Great Dictator:

Greed has poisoned men’s souls has barricaded the world with hate, has goose-stepped us into misery and bloodshed. We have developed speed, but we have shut ourselves in. Machinery that gives abundance has left us in want. Our knowledge has made us cynical. Our cleverness hard and unkind. We think too much, and feel too little. More than machinery, we need humanity. More than cleverness, we need kindness and gentleness. Without these qualities life will be violent, and all will be lost.

We need to slow ourselves down on occasion and not be so quick to prejudge and rush to blame and get on the band wagon. Running with the pack used to ensure survival, but we have to stop and slow down because information goes too fast and viral now. Fake news and framing of events also clouds judgment. People rely too much on services of others and refuse to stop and think for themselves. Even when you try to discuss something calmly and rationally nowadays they become emotional and lose the part of the mind to reason and understand. Our mind’s reptilian part takes over.

We offer a challenge to this new generation. Yes continue to innovate and develop fresh and new inventions and tech. But don’t abandon wonderful development and make everything obsoleted whereby tech which can still be used is eliminated.

An example was Wordstar and WordPerfect type document interfaces. Yes we have Vi and Vim and Nano and other text based or nCurses editors, but keep inproving and adding basic features. For example, some people would love a Linux based interface that boots fast like DOS and lets you go to a simple text terminal and boot programs like Nano that had the Ctrl + character keyboard layout method. It would be even better if it took some of that and Notepad++ and also had an autosave feature. People could boot into a diary or quick saving journal operating system that was free and open source. And all you would need is a simple interface like Deli Linux. And if you wanted to add layers of complexity such as starting a graphical user environment etc, you could launch it from the command line with a simple startx command, or launch the wifi connectivity program.

Perhaps there already is something like that, but I hope someone out there is smart enough to design a simple modern simple Internet and word processing interface or text based interface for people that want it. Is it Slackware or Gentoo or some other interface that already exists.

Everyone has a simple use or tool they need. An example is the great Fedora Spins SoaS version that is also know as Sugar on a Stick that is geared toward being a live operating system environment which fits on a USB thumb drive and provides a child-friendly graphical environment and also lets you collaborate with teachers and others. Students can run a comprehensive environment customized for them and also have a kiosk type environment that has some features similar to a netbook.

We found that the fact that you had the power of Linux, individual tty terminal shells, and the ability to connect to the Internet with a basic graphical hidden user interface easily without too much hassle makes this a distribution worth looking into.

As you can see, software and hardware has come a long way. There is much more development on the way and we have SpaceX and travels to the great beyond, but we shouldn’t necessarily abandon our old VHS tapes, our old TV sets and devices if they serve us a decent purpose. We can show future generations how knowledge developed. A great tragedy was the burning of many of the world’s libraries and books during times of war and humanity has had to recreate its discoveries or creations that many times were lost forever.

Find something old, recycle it, reuse it, recreate it and make something new and add it to our breadth of human understanding and code of life. Don’t automatically go out and buy the latest brand new tech. Consider getting something refurbished or open boxed or from a garage sale or auction. It probably will be discounted and you’ll save money and save an item from the landfill. One man’s trash is another man’s treasure … and now it’s someone else’s problem to deal with.