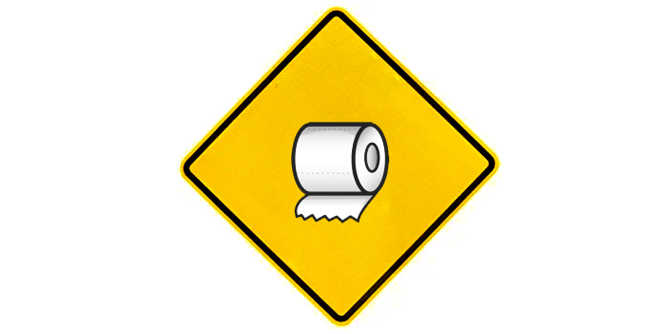 This has been quite an exciting week in terms of the pandemic. It seems that they have been talking about invoking a war time era law in the U.S. that makes it so that the federal branch can mandate industries divert their resources to make war time goods. According to the news, this hasn’t been invoked since the Korean War. At that time it was to ramp up production of war time goods. However, now it is to create masks, ventilators and such for the ordinary person. This is not unheard of. Some industries for instance that were making calculating machines, cash registers and calculators were revamped to help decode the Enigma machine during WWII.

This Defense Production Act is like a war powers act granting greater powers to the country in times of need. And people are needing to make masks. There are people volunteering to sew masks but it needs to be done faster.

They are also thinking of using UV light to sanitize medical supplies in order to reuse them. They haven’t had to or wanted to do so but may have to.

The news also said the don’t want to get into a situation where a medical professional has to contemplate a “Sophie’s Choice” in order to decide who to live and get treatment and who doesn’t and as a result may perish. Having to make a Sophie’s Choice is based on a movie made in 1982 between two options. A mother has to decide which of her children is to die and which one she can saved during the Holocaust. It poses a no win situation and the one choice not picked ends up in destruction. It’s a forced difficult situation. Not only are people having to decide whether someone like a chemo or cancer patient gets treated. But now many countries are “debating” on rebooting the workforce or continuing the quarantine to save lives. But really, as the New York governor puts: we can’t put a price on human lives.

We should be trying to prevent as many people from getting ill as possible and putting others at risk. Money can be printed and apparently it is being printed globally. But you can’t just print another mother, father, sibling, or friend or wife. Lives don’t work like that. The most important thing in life is your health and if you lose that then what good is money? The most important thing in life are also your relationships. If you just care about cash and neglect your loved ones then one day when they’re gone you realize you can never get them back.

We also noticed they may have decided to extend the tax deadline and also considered extending the payment deadline in the U.S. Check your country and your local offices for office news as we cannot give you the official details here.

It is understood generally also that people know that people are going to pass away or not survive this illness, and it may also just be the first wave of many. There’s a significant quote from The Atlantic that seems to sum up the situation:

“Managing the pandemic well doesn’t mean eradication; it means that our ability to mitigate how many people die”
https://www.theatlantic.com/ideas/archive/2020/03/there-isnt-going-be-all-clear-signal/608512/

Right now Italy has a lot of issues, France has a few cases and Germany but these latter two seem to have contained it better.

There also seems to be a lot of misguided anger directed at a groups of people throughout this whole fiasco but remember that most of the people didn’t ask to be sick or to be disliked. Everyone is in this together and if we aren’t containing this thing than it will spread like wildfire even further. People just a week ago in the U.S. thought they were invincible and didn’t think they would have lock-downs, stay-at-home orders, business closures, and cancellations of schools, places of businesses and unemployment. It is surreal and it’s time to face the truth that we need to work to drop the cases. Here are some examples of stay at home orders –

New York and California also has calls to stay at home. The health directors have come out and many people that took quick preemptive action to halt this has helped cut down incidence of cases.

People need to stop also looking into some useless conspiracy theories circulating the net. There’s a lot that wasting time and also brings false hope when there’s a crisis going on and dealing with a false reality when there’s a major issue facing us now that needs to be dealt headlong. All that needs to be said is that a lot of people have been following “chan” sites and gamer sites and troll sites too much and at some point they would rather believe and point blame elsewhere and keep a unproductive narrative when 100% of the narrative and dialogues need to be about how to get people help that have been impacted by this even financially, how to be equitable and not kick the can and debt down the road to make it worse for other generations, and also how not to mess with the money supply to make things worse as well as how to control the disease’s spread. Everyone is hurt in some way financially.

Some people will benefit from the injection of cash likely but we don’t know the full consequences. Will it cause inflation? Will it benefit some people disproportionately? Will there be a push to digital currency and internet of things and touchless industries. Many industries now are doing deliveries based on mobile app requests and driving to your door and leaving food. And maybe this whole thing is speeding up the whole change to digital and touchless societies.

Why also did we not predict this pandemic scenario earlier when Bill Gates had a Ted Talk and a few germ game / war game scenarios at the beginning of 2019? Coincidently he has done research in malaria drugs and there have been a few drugs that were tweeted that were malaria related. Is there a hand washing another so to speak?

Some other interesting articles below to see:

Morning Call
Commentary: Why do we hoard toilet paper during a crisis?
By Sandy Banks
Tribune News Service |
Mar 16, 2020 | 9:00 AM

This talks about the psychology of hoarding and stockpiling. Another article also mentions ‘Or as London behavioral science professor Dimitrios Tsivrikos cast it for Britain’s Sky News: “If we had an international sign for panic, it would be a traffic warning sign with a toilet paper roll in the middle.’ This is the idea for the graphic above.

Some news worthy things include the executive order prohibiting stockpiling of personal protective equipment. There also seems to be word of certain places trying to suspend certain rights during this coronavirus outbreak. So be vigilant and aware of what’s going on. Don’t let liberties be removed while trying to protect ourselves.

Be hyper vigilant now that there is about to be a massive injection of cash into the economy. Stay home if you’re sick and even if you aren’t sick, act as if you are.

Don’t forget other goods besides TP. Some research sites.

Lastly… now might be a good idea to look up some typical hurricane / camping / survival / and skills based training so that you are prepared for anything. It doesn’t hurt to be more knowledgeable.

Remember to have a few extra headache medicines or toothache medicines and some loose case for use later. Stay positive and stay healthy.