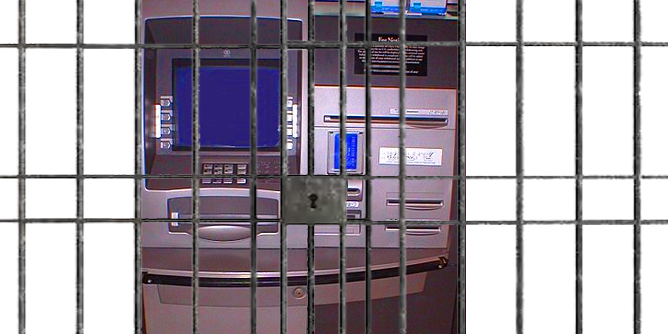 On Wednesday, we went to check our bank accounts as normal and discovered that logging into our accounts online was perpetually unsuccessful. The spin bar kept trying to load and the page never displayed anything. A few minutes later we tried a few different browser but still nothing. Then we tried the old fashioned route and tried to use the automated hotline to call and check but the line was busy. After that we went on Twitter to explore and see if anyone else was having issues.

The major banks in the U.S. appeared to have downtime such as PNC, Fifth Third, and US Bank. Other banks include Chase, SunTrust BBT, Capital One, and Citi. According to Popculture.com this also coincides with the arrival of the stimulus packages are directly deposited into people’s accounts today. Today was supposed to be the deadline for most people to get their monies. It seems that these banks were overloaded via app, web, and telephone requests today and not necessarily any hacking issues.

A lot of people went on social media to rant and send some angry tweets about not able to check the balance or use their money in their app and having to still pay their bills. People have to live and eat, y’know? The Popculture.com by Allison Schonter entitled “US Bank, PNC, Fifth Third Banks Down as Millions Check Accounts for Stimulus Checks” mentioned that Downdetector registered outages as early as 7 am Eastern Standard time. Others got error messages or various incoherent script errors on their pages and seemed to not be very user-friendly. Many were venting or considering switching banks. And others stated that they thought the banks should have been prepared for the uptick in requests weeks before. Another jokingly said that the systems were likely still using COBOL programming languages which is an older programming language.

We tried checking Isitdownrightnow.com and Down.com and similar sites and the sites seemed to be up late in the afternoon but not letting people log in.

But many did see the stimulus successfully in their accounts that checked early or were able to get through. They just couldn’t spend it yet, which is a good thing for some because they can at least plan how they want to use that money wisely.

Truly after checking other news sites it appears this is widespread as there is an influx of people wanting to know about their money. As of today at least 16 to 17 million are unemployed and desperately needing access to their cash. Per Yahoo for instance, 80 million people are getting checks and these systems were not designed to handle the network loads. These are not real DDoS attacks but just similarly, the sites are overloaded. There’s also a way to check the payments on the official Revenue site. Speaking of which, we wonder how this will impact taxes next year after all this is over. Likely this is not without some reporting of some kind next year and we’re just kicking the can down the road for now.

Many people with children are able to get $500 also. There are more details on the official sites. And you can also check to see if you are eligible for a payment or way to get it direct deposit if you don’t normally file taxes.

Also because money is involved be extra vigilant to scams or people trying to get your money even when you need it the most right now. People may try to get you to enter information into sites and phish or steal your information so be alert.

And lastly, consider saving at least a small portion of it so you have a small cushion to get you through for a bit. Everyone is in a tight spot right now and the economy has not completely recovered.

There are also rumors that the monies have disproportionately gone to people and that some higher earners have also gotten a large chunk of this stimulus / economic bailout. Only time will tell how this affects everyone and their fiscal future. Now may be a good time to read up on financial education and get yourself in the position to weather the next recession or depression.