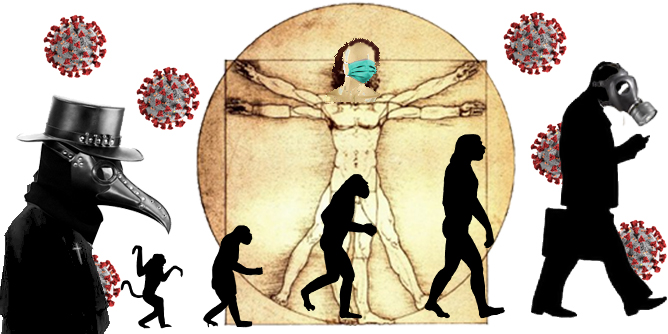 Sitting here, bunkered down in my home, typing away during the middle of this quarantine, I realized that I needed to write and document the untold story of what may be the lost generation.

Perhaps in some future history books you will hear about how schools were closed down in the last two months of the school year and unable to finish academically as normal. And many businesses ended up shuttered unable to turn a profit, and families were left to stay at home and fend for themselves while worrying about needing to spend more time at home prepping food, figuring out how to create structured time for their K-12 and perhaps even college aged kids and where to get much needed supplies unavailable at stores.

You see, a lot of people have lost 30 to 45 days of their lives and depending how long this quarantine goes, it may be at least the remainder of the year. That is a good chunk of a person’s life on hold.

Many startup businesses for instance just began last month and will have a hard time now staying open an afloat. New graduates from college will have to figure out what to do now that they are out of school and how best to navigate trying to enter a new work force that has the largest ever number of unemployed (a staggering record of at least 22 million per NBC, CBS, CNN as of the time of this writing). And also prospective new home owners that were trying to enter into closing agreements may have massive difficulties due to affected delayed lending and underwriting issues and also various travel restrictions. Some people haven’t been able to go dating or see their loved ones. And many have not been in contact with their coworkers, friends and acquaintances where instead they once upon a time used to frequent clubs and exercise outlets and meet ups. For instance, a local dance club or restaurant gathering for the elderly used to get together monthly and now it’s been strictly forbidden to do so.

Even electronics purchases for instance have changed. You can’t get in-home installation services for many things any more, instead it is simply shipped and dropped off at your door. So people that are moving might not be able to buy a home entertainment system or heavy furniture like they once could at this time.

A lot of people are starting to get antsy and hence the beginnings of small groups of protests are cropping up in various cities. People will always have theories about what’s going on when they feel caged up or liberties encroached even if there’s nothing wrong. We don’t know what is fully happening at this period of time until we look back in hindsight but some people feel like their civil liberties are being encroached upon. And there’s also increased cellphone tracking to make sure people aren’t leaving self-quarantine and spreading or gathering in places to potentially spread this “virus”. And there’s also news of how in some Asian countries they used infrared lenses of glasses/ cameras to detect people’s temperatures by just looking into a crowd to see if they have a fever. But it does make people wonder about a surveillance state as people’s fears and loss of control is compounded with the nightmare of catching a virus.

And perhaps if people are worried about a conspiratory loss of liberty they could possibly argue that they are stuck at home with cellphone monitoring and electronic monitoring which could potentially be eavesdropped on and thus they can’t form “protest groups” similar to the Yellow Vests or HK groups overseas or the Occupy Wallstreet and Middle East “spring” groups. People aren’t allowed within six feet so maybe someone could overhear conversations and other communications if they were truly being monitored. After all, you can’t whisper when you’re 6 feet apart. But this is all debunkable because there really are people getting sick and you see people talking and tweeting about relatives and close ones getting sick and many dying even on social media. And even the people showing empty beds and wait rooms trying to play the opposite argument can’t say that people are not getting ill. There’s too many incidences all over the world of people being ill.

So what’s been trending?

So what is a person to do? It has been roughly 4 weeks or 30 days or more this Friday since many businesses and schools shuttered or closed down if we count beginning the 3rd week of March when everything started closing down. Is it prudent to continue to be closed. Probably so out of abundance of caution. Is it going to be easy? Not likely. Is it difficult, yes. The preppers that started preparing for scenarios like this knew that one day a SHTF scenario like this might happen. Even one of the richest man in the world, B. Gates and his spouse was noted as stocking up “food in their basement” before this event occurred according to CNBC because you can never be too careful.

And truth be told, it is nice not to have to go into the office and deal with office politics and fight traffic and deal with some of the work hassles. But it is surprisingly also good to be able to get out of the same scenery, have something to motivate you good or bad, and also get the occasional exercise when society was normal and functioning if that even meant a few extra miles walking back and forth to your car and to the printer or the lunchroom. Many in this lost generation have to become self-sufficient and motivated to DO MORE and BE MORE once life returns to normal and the engines start firing again and wheels start turning, if ever.
We have to stay fit, keep our minds and bodies strong, keep exercising and maintain a healthy routine so that we can fight this shutting down and lost time. We cannot allow ourselves to become weak and lazy and complacent that when society’s gears shift once again that we are caught off guard. Consider this a recharge and way to fulfill a better purpose. Stuck in a dead-end job or don’t like how your life was going? Change it. Want to build toward a better financial future? Change it. You wanted have more me time, now you have no excuse.

People will daydream about what life used to be and what they could have done. The Internet has been abuzz of what to make of this once in a lifetime occurence and people have been sharing what they plan to make happen once they open up all the stores again, the theaters, the sports venues, the places of worship, the restaurants, the festivals, the travel locations, the hotels… and all the places that we wonder about. Will we be able to enjoy museums again, to watch the Metropolitan ballet, to watch your children perform instruments out in public, to watch your grandchildren walk down the aisle of graduation or go to a wedding? Will we be able to gather and witness the functioning of social engagement and togetherness and physical proximity once social distancing has ended and the masks and gloves come off (if ever)?

And will we be in an enlightened new era where maybe we’ve been socially distant for so long that we will be open to bridge the physical distance and contact we crave and embrace our fellow brethen and have a real experience, a one-on-one conversation with live discussions in realtime instead of Facetime. Maybe once this is all over we will put down our phones, our radios, our televisions and video games and spend less time staring at projections of selves in the movie theater and instead enjoy the simple joys of just getting together, enjoying a nice crowd again for a barbecue festival or a parade of people. Instead of staring at our flat screens and Skyping or doing Zoom and Snapchats, we’ll get together and have a one-on-one conversation with someone new even if it’s weird and awkward and may take some adjustment at first. And with us spending so much time with family we’ll be glad to take a tepid break and try novelty ways of connecting before realizing that for this one moment in our generation we were lucky to get time at home with no excuses to not spend time with our family and loved ones, our sons, our daughters and grandchildren and homeschool them or watch them grow before our very own eyes before life passed us by – an opportunity that our previous generations may have not have had – as it was kidnapped from us, stolen by the chores of work and debt, the sands of time and life itself.

Maybe this pandemic, in the very adverse threat of life is allowing us to celebrate the preciousness of life once more.