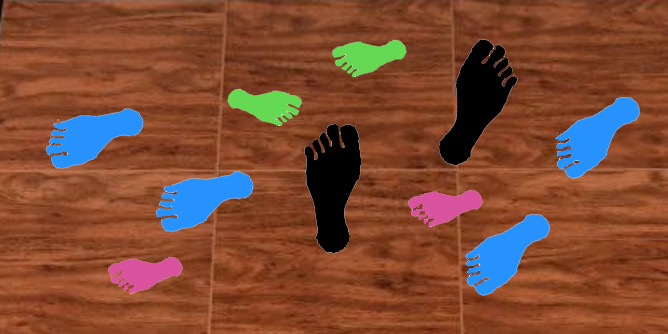 This week we wanted to feature a few notable people in the world of art. The regular news and world will keep on spinning, but fine art is forever.

First off, if you’re a regular reader of this site you will realize in the world all is not equal despite what they tell you. There are haves and have-nots. And this can work to your advantage. That means if you know a little more than the next guy, especially in business then you might be able to get ahead or be seen as a guru or expert in a field or even start a business that no one else has even thought about or dreamed of. Think of the iPhone for instance. The ideas for this device were born out of some crazy dreams of some tech enthusiasts that built upon itself with various iterations and the company kept this project secretly under wraps for several months, making sure the groups working on the projects were isolated from each other and also threatened with legal action for leaking any insider info. While it might seem harsh, it was essential that everyone be on board for the same mission to produce the best product possible before anyone else. Think of it as an arms race, a cold war. Throughout history you see things like the Manhattan project or Enigma machine and other projects that are there to further a mission. And if you are running a business or developing ideas you have to balance transparency, realtime user feedback and data samples versus confidentiality and proprietary info. It really is an all out info war in this modern age.

Most people across the world don’t realize the data and educational disparity that is going on. Thanks however to social media and the digital age a mountain of information has flooded into public knowledge that mankind has never had access to before. This has revealed good ideas, reusable programming codes, schematics, diagrams, how-to’s. Yet also corruption, conspiratory plots, and illicit activity. The internet is to modern enlightenment what Prometheus and fire was for man. Generally the more information the better. And we’ve tried to showcase some of these people, gurus, and leaders or pioneers in their field. We’ve also referred people to TED talks so you can self educate further. Education is not some 12 year thing that you complete and then you’re done. K-12 or college is only a starting point. But you have to thirst for knowledge like you thirst and hunger for water and bread. While you can feed your belly, your mind should always be curious for more and always learning. Many other countries and immigrants that cross to the promised land have the drive and motivation and fire in their soul that drives them to later success. See Robert Herjavec for instance. And mathematics, science and other topics are second nature to the people. Currently health education and financial education is absolutely critical for success in 2020. One could even classify it as a national emergency in many countries because people could better themselves if they only had the opportunity or money. There’s so much disinformation out there and the truth is you often need to ignite your own fire.

However, there are great resources as mentioned online and sometimes you need a mentor or educator to spark that fire internally and to model after. That is what some “master classes” are for. Often you can find information online without paying or spending any money. If you are knowledgeable about any subject and put it online or one YouTube or in a video of any kind, someone will find it useful or amazing somewhere. Master classes are often taught by a recognized expert in that field and often relates to art. Often master classes are intimate and one on one or with few pupils so they can truly become experts as well.

This week we invite you to check out these masters of art. And in this case, this week’s subject involves choreography. I had the pleasure of checking out some of these individual’s products and classes online after being inspired from a friend who had interest in the subject matter. And as I continued to view and watch the videos my jaw became slack and wide and awed at the sheer amount of talent coursing through the veins of the dancers and movement artists. Some made me grin, some made me smile. But quite a left me in sheer awe, disbelief and bewilderment that a human body could move and contort the way they did with such style, rhythm and precision. It inspired me that perhaps I’d want to learn to dance myself. And if I wanted to learn then perhaps someone else out there would want too.

Here are three people we’re highlighting in no particular order. We may add more later but this gives you a quick overview.

1) KYLE HANAGAMI
Mr. Hanagami was born around July 21, 1986. He is a world famous dancer, renown choreographer and coach. He has toured with Justin Bieber, and Blackeye Peas and also been a background dancer. He also speaks Spanish and Japanese as well. Some of his dance show performance is featured in American Music awards. Mr. Hanagami is one of the most wanted coreographers in the world. He has worked also with JLo and BTS and also done work with shows like World of Dance and Dancing with the Stars. He has also choreographed for The X Factor and several kpop songs.

He has won “Industry Dance Award” for the best class at Los Angeles’ three top studios. He creates many of today’s hottest pop dances. He’s also featured on YouTube channels. Many of his routines are able to be seen online and easily found. He has over 550 million views and almost 4 million subscribers. People can learn his routines wherever if they have most any internet connected device.

His videos were so awesome that people asked if he would teach classes. At the time he had a busy schedule finishing college but he took ended up taking on several offers to teach overseas. In fact, the dancing was just a side passion and not even what he was majoring in.

Often people fall into something new from being introduced to something and Hanagami got into dancing from friends and gradually made it his own. There is a lot of motion in his dances and punctuated by beats of a song. He is highly invested in each song he does.

If you get a chance check out Kyle Hanagami’s YouTube channel and you will be entertained.

Mr Steffanina has also become one of the industry’s most sought after choreographers for TV, commercials & Movies. He is know for his Arcangel & De La Ghetto Dance Choreography. He is a YouTuber and entrepreneur mainly teaching dancing tutorials. For budding dancers wanting to know how he got involved, we found he learned to dance from watching music videos as well. He is a major choreographer for Los Angeles. Some of his fun channels on the Internet showcase challenges and talented choreography from his students.

3) Kaycee Rice
As stated above Mr. Steffanina showcases his students and Ms. Rice is no stranger to dance. She has competed in World of Dance. And while dance is such a broad field and anyone can learn to dance, Ms. Rice has had the lucky opportunity to have danced since the age of four and a half yrs old and competed at 5 yrs old. She has also been featured on America’s Got Talent and featured in various music videos and also shared stage with other artists like Missy Elliot and Katy Perry.