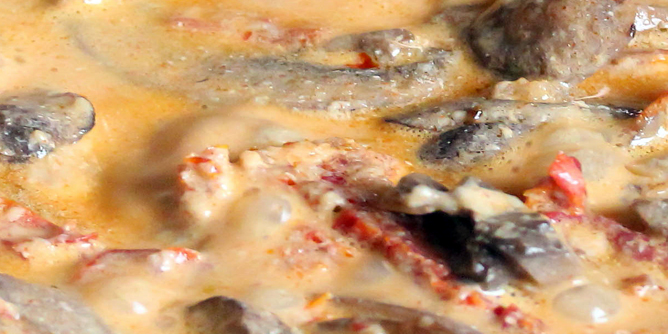 Winter arrived a few days ago in the Northern Hemisphere. December 21st is the shortest day of the year usually and also the official start of winter normally. While in the Southern Hemisphere it is usually the start of the southern summer and the longest day of the year. Regardless of where you are in the world it’s a welcome time to check in on your eating regiment and check up on your diet requirements. One thing that you can do to change your daily routine is introducing more soups into your diet if you have not already.

Soups are usually mostly liquid and can be served in a variety of temperatures between hot and cold. Often it contains a soup broth or stock, some meat, some vegetables and a watery base.
Also soups can be relatively clear or thicker depending on your end goals when creating it.

What are some benefits of soup?

Some soups contain ingredients that are cut up very fine or puréed and often have additional thickeners or starch while other soups such as lobster bisque can have cream with seafood. And there are also egg based soups. Really the sky’s the limit as to what can be added but it can be all kinds of vegetables from peas and carrots to potatoes and noodles.

Soups can also have sweetness such as a fruit based soup or cold dessert soup.

Although people have been cooking for thousands of years, making boiling water was unlikely to have happened till the invention of containers likely to be made of clay. There’s evidence of soup making as far back as 20,000 BC according to wikipedia. Perhaps people used animal skins, tree bark and other materials to contain the water foods. And perhaps hot stones were used to help the temperature of the water to reach boiling point.

The origin of soup as a meal and word etymology derives around the idea of broth and likely bread to help sop up the liquid in the meal. And it is likely some of the first places of dining served cheap and inexpensive soups for people to eat.

Modern soups came often condensed and allowed additional water and milk to be added if preferred. The Campbell Soup Company for instance had a chemist that created inexpensive condensed soups had a better price point than most other canned soups at the time.

The great thing about soups is that they are often ready to be eaten with little to no heating or can be popped in the microwave for a quick lunch.

As modern cooking evolved people also started using soups as a base ingredient for other recipes.

As stated before soups often can be a satisfying part or whole of a meal. Modern preservation methods created other ways to have the flavors common to popular soups by creating dry soup mixes that are dehydrated. Often they can be reconsituted. Instant noodle soup is very popular in parts of the world, while others enjoy common flavors like chicken noodle soup. Often packed of flavor and meat extracts and fats can be added such as a bouilloon cube to create flavorful soup meals.

This year instead of filling up on food for Christmas, eat a little less and save a little money. Go easy on your wasteline and clean out your system a bit. Use a little less salt and try a new soup. You might end up having more energy, and find less time trying to make food, and cooking between meals and more time to do things you need, like writing or doing some other hobby!

Cook till just simmering, and then rapidly chill and serve with some Toll House style or Ritz style crackers. Enjoy. Can also be paired with a small sandwich.