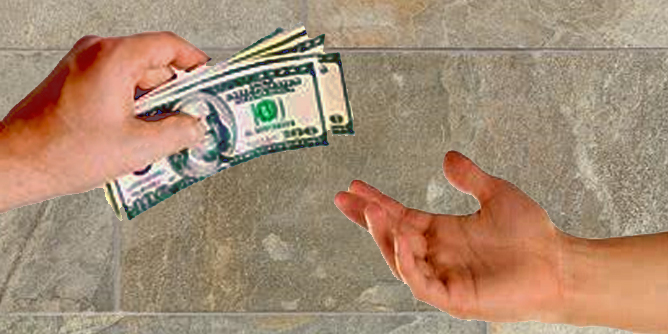 As millennials are smack dab in the middle of two eras, sometimes they get a bad rap. The boomers sometimes coming from an era of steady work and the bygone era of pensions, while millennials have witness major events in their lifetime that hit their pocketbook multiple times. 9/11 was a changing point as well as the 2008 financial crisis. And just when they were starting to recover the 2020 Covid crisis hit and they just can’t seem to catch a break. But the millennial generation is a resilient generation despite many having likely to have to declare bankruptcy sometime or perhaps having to job hop.

The topic of millennials and the workforce has been covered in many programs, both radio and television and print. Often they have been said to lack job loyalty and jumped job to job while steadily amassing massive skills for their power resume while foregoing some more mundane jobs and job security and a great retirement. But to many they wouldn’t have it any other way. They are looked up to and sometimes consulted for their seemingly innate tech savvy around the office and ability to multitask. And although some older generation sometimes get the stereotypical notion that they might be lazy or privileged, it’s due to different workflows or the ability to just get a cafe latte with avocado toast, work in PJ’s and answer phones while seeming distracted but focused.

Stereotypes aside, one thing that is praised generally is their social consciousness, social justice awareness and general largess. And they are also technological disruptors bringing a fresh new perspective to the way the world works. A particular facet of the millennial generation has also been to shun worldly possessions and property for more active wholesome experiences. Some millennials are less likely to buy big ticket items and houses and expensive things and trade it for perhaps a trip to a foreign exchange vacation or other intangible experience.

It seems that the general consensus is to follow in Steve Job’s vision of sorts to change the world for the greater good. And thus this new technological disruption is the changing of the world to be sharing for the greater good. You may seen the infographic about market opportunities and research. It basically says that Uber which is basically a taxi company has no vehicle fleet of its own. Facebook which is a content media sharing platform has basically no content of its own. Alibaba, a retailer has no inventory and Airbnb which is a housing accomodation provider owns no real estate. Of course there are probably minor exceptions here and there, but you can see that there’s a trend that it’s about connecting people in ways that have never been possible before and sharing either physical things or ideas and services.

The fascinating thing about AirBNB is basically it’s a home sharing service that allows people traveling to a place for vacation to stay in a place for possibly cheap as if it was their own home and also allow the home owner to make money in putting up someone for a few nights. And obviously Uber is a service that also has allowed people to share the connectivity of several flocks and fleet of vehicles anywhere in the world with a phone, internet connectivity, an app, and some working vehicle. A driver can make money and get map directions while also being able to find local customers that would otherwise hail a taxi. Any person can now earn additional disposable income.

This sharing economy has also spread into other ideas of sharing. This is know in essence as peer to peer connections. And there has developed services such as peer to peer lending for instance. Examples include Lendstart, Prosper, Upstart, Lending Club, PeerFarm, StreetShares, Funding Circle, Kiva as a few examples. Whereas a long time ago people used to have to go to a bank to get lending and money and have long evaluation based on various credit history reports, some of these lending options connect you directly with investors who want to lend money along with other investors in exchange for a bit of return on their money.

There is also peer to peer computing or cloud computing to distribute loads of data across many networks or people and connections. Some example of this distributed computing include Folding@home, SETI@home, Genome@home, DNA@home and Asteroids@home. Rather than having one computer do the work load, it’s distributed across so many in the network that you don’t need a supercomputer as the whole network is one.

The rise of sharing economies has brought other similar copycats hoping to cash in on the technological disruptors and their new cash cows. AireBNB was also followed by HomeAway, OneFineStay, and VRBO. This home sharing business was often a C2C or customer to customer business model while the previous business model was often B2C that is business to customer such as a hotel to an individual person. And sometimes it was B2B with businesses renting or leasing to other businesses. But this sharing economy has started to level the playing field for regular joes to compete in the arena and make some cash for themselves and have profit where they otherwise would have no ability to compete in the market. It has affected competitive pricing in some markets by bringing down costs while some have tried to compensate by overcharging. Hotels have for a long time had a high premium for the lodging they provide often for a night or two with the guest usually coming to stay not for the sole purpose of just staying in the hotel but for site seeing and traveling the area.

A customer of the home sharing business is more likely to stay at the house and bring people over and enjoy being in the home for other purposes including entertaining guests, cooking, and other typical home comforts.

Other industries also use this sharing paradigm for funding such as peer to peer funding of projects. This is basically known as crowd funding. So now rather than having to pony up the total cash for a project, an up and coming startup or entrepreneur can set up projects through sites like Kickstarter, ask for assistance in hard time such as through GoFundMe, and get campaign support for projects of love such as through IndieGoGo. There are other sites like Crowdfunding, Causes, Patreon, and CircleUp.

While peer-to-peer is a great concept and in the case of peer-to-peer lending, it’s a type of social lending. But the term can be confusing as there are peer-to-peer payment apps which isn’t so much sharing of many items as it is individual to another individual. The term has also been used to describe peer-to-peer money with digital money being not necessarily shared with all on the network but the fact of the accounting ledger shared on a distributed ledger by all on the network. Basically peer-to-peer cuts out the big elite untouchable big business corp that you used to have to deal with and cuts out that and some middlemen to get you to deal with another person mostly one on one. Yes there is a platform middleman when you’re using the app or website or program but you’re still dealing with essentially the other individual person or persons at the end of the day.

This has caused many services to decentralize basically what used to be services at places like a big centralized bank for instance or at a big mainframe computer hub. Technology is moving fast and decentralization of money and computing power is starting to show up. One example is the cryptocurrency EOS which is a smart contract platform technology. EOS uses a ERC-20 token technology similar to some Ethereum based cryptocurrency technology and the smart contract portion is supposed to eliminate transaction fees. Its protocol requires use of resources like RAM, net bandwith and CPU. The network allows running of certain programs called DApps which is a shortening of decentralized application. According to one description of this network is that the users on this EOS network share computing resources and get access based on their allocation of the distribution. People with more stake of the coins have more ownership of the network in essense. The coins can be used to provide proof of ownership. It basically has EOS.IO as the web toolkit in essence and the EOS token as a cryptocurrency of this network whereby holding the coin allows usage and building and running of the dApps. And token holders not running apps can allocate and or rent bandwidth according to a tidbit from Investopedia.

As stated above, markets are being used to help connect people and places and businesses. Alibaba and Amazon have helped also to spur a dropshipping market whereby people with massive quantities of supply can basically be virtual warehouses and inventories for someone else in another part of the world. No longer do you need to have actual physical inventory, but just be able to connect a seller with a buyer.

This is the great thing about the upcoming gig and sharing economy. Perhaps one day we can use sharing of computing resources to help improve safety and security and computing power of the Internet. Perhaps in the future there can be peer to peer encrypted constant internet streams that flow in such a fashion that one end user does not have to worry about deanonymizing their data and exposing themselves to hacks, leaks, spyers and surveillance of IP’s locations, and other PII or invasion of personal privacies and freedoms. The structure of the internet may have to be redone and overhauled one day to have an inherently safer and more secure base configuration. But if we continue to share and allow open and free, libre ideas and information then the future is bright.

Each country can no longer operate in isolationist policies any longer. This of course delves into political debates about socialism, capitalism, communism, and other -isms. It is hard to say in the end who is the biggest winner or loser in the grand scheme when debating merits. But this sharing economy has certainly helped to level the playing ground for many.

Was this article interesting or useful to you? Comment below.