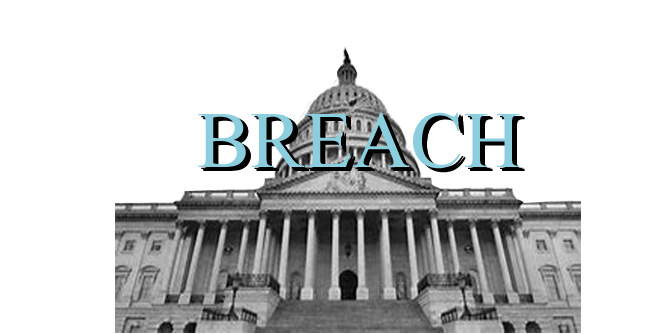 The word “unprecedented” was a word we heard in 2020 and in the last couple years under this particular political cycle. Unprecedented is also a word we’re hearing in 2021.

We try to avoid politically charged news for one because 1) it’ll sort itself out and 2) a lot of larger media outlets will cover it anyway. But seeing as how today we’re seeing odd and unusual and rare news that affects many people and in the public interest we’ll cover a few noteworthy points on here.

Watching the news tonight, a lot of us that had been clever enough to pop on social media, particularly one particular outlet affectionately nicknamed by some as “The Bird”, would have seen also that the turn of events was not out of the blue and it was going to be a wild day. The major news media and also the coverage of certification was leading up to a showdown of sorts. Not since the big shutdown news of a few years ago was there a major standoff in the heart of the Capitol, but it’s only fitting to see that in the outgoing weeks that supporters are out in droves to see the administration doesn’t go out with a whimper. In like a lion and out like a lion, not a lamb.

In most countries in a particular year where a major political event occurs there’s usually some kind of turmoil or it makes major news, but historically this one particular country and leader of the free world has not had a major upheaval of this magnitude or type.

You could pretty much see this was going to trend on January 6th when one of the last major hurdles to an incoming administration was in its finalization process – mostly pro forma or basically a formality for show or done ceremonially.

It’s important as a citizen and millennial to be watching or understanding the news and history and your place in the world. In each generation and decade, there are unique defining moments that affect generations to come and the last few years has had that in spades. It’s no longer cool or attractive to be clueless about the world or just living life to eat and sleep. You must have a goal and a socially conscious and conscientious outlook to life. It’s hazardous to be and remain ignorant.

The last few weeks we have seen a world leader questioning the very basic processes and systems often based on trust and verification. With this, the line of reality has often blurred between fact and fiction. How this will end is still being played out and will become newsworthy. You have seen the trend of questioning reality not just with Christmas deepfakes, but also trending of far reaching political views that many times go unverified on social media and other platforms. You’ve seen attempts to rein in opinions that skew far outside the normal bell shaped distribution been disparaged as censorship. Freedom of speech often politicized, has again become forefront of the news.

Tonight you probably saw … well actually it all depends on perspective. Depending on who you were, or where you stood or what your political affiliation was, it affects you in how you perceive the world. If you’re one of three blind men and touch a trunk, a tail, and a snout you might think it was all different things but it’s all part of the same animal (elephant in this example). If you call one of the legs of a dog a tail does it still have four legs or is it three legs and two tails? As master comedian and linguist, George Carlin often experimented with the idea of language to describe our world and its reality or perception of it. He said often people try to mask one word for another such as “passing away” or “expiring” instead of the more straightforward word of “death”. If you ever get a chance look at his skits check out the one about political correctness and euphemisms. As he stated it’s the context and intention of the words that give a word its particular firepower or weakness. And taking a few notes a few things stood out at the address of the reopening of the certification. They said that words have consequences. Yes they do, but also it depends on who is framing those words. In one group you might have someone who is framed as a hero, in another you might have a bandit. Robin Hood was wanted by the Sheriff of Nottingham, but to the poor he was a hero. To some people a whistleblower is seen in a good light and to others a leaker.

From watching the news tonight it’s a good idea to consider what you’re digesting every night and what you’re consuming and buying and accepting. Here are a few of the words and thoughts that we witnessed and want you to quietly reflect on them and where you saw them and their meanings and who was saying the words and why. We’re not judging here, just you should be conscious about the context and reason behind why a word is being used. There’s a linguistic term of descriptive and prescriptive context.

Words to ruminate on:

Also consider images shown on TV. Do they make you feel happy, angry, sad? Are the images a full picture of the entire scene of events or a snapshot capture of one part of an event and perhaps well placed to evoke the most emotion or perhaps to win someone a Pulitzer Prize?

Are posts on social media bots, trolls, or made to stir social unrest and distract or potentially compromise another country’s infrastructure while they are most vulnerable or provide disinformation?

Turn of phrases sometimes are also used that are easy to remember or stick in the mind.
An example: “The center of America is not D.C. but the people.” That was heard tonight as well.

Watching the judicial nominations and this voting “charade” play out has made a casual viewer like you and me wonder if things are playing out in a test simulation in slow motion, testing the edges or limits of a political system or founding document. Sometimes things seem too far out there to be actually happening in real time.

One thing to note is that these last few years are not one-off events. The BLM protests and Wall Street movements and this most recent movement based on fighting and railing against the machine and challenging the system, testing the upper limits is likely here to stay. It had roots in some of politics years ago with candidates and has steadily gotten more combative and “dirty” in order to win and get in office. You will see that ever since development of this particular political system that somehow ended up being two-party, you’ve seen more polarization with stalemates when considering things like budget funding and healthcare. In negotiations and deals often they portray it as a win-lose deal rather than the possible win-win deals and other possible outcomes. But historically there have been many 50-50 schisms that ended up if not causing a simulated civil war then an actual one has erupted. You saw this also in the 1960’s with major religious-political figures during equality marches. But you’re also seeing many fears and worries playing out again again.

Today we saw people climbing walls at the Capital, getting deep into major gov buildings and having patrollers point weapons. And there was really no clash or worry of any major casualties it seems. Was it all for show and ego and to send off the current leader in a last hurrah or some other purpose? They discussed that canines patrolled for devices and other intrusive devices that could be planted during the disruption. It sort of reminded me that often during distractions other things can happen unintended. When a country is distracted against itself, things can happen and we may be at its weakest. Cyber intrusions for instance. A few recent articles mentioned how schools were targeted for cyber hacks when Covid hit in March 2020 and they had to go remotely but many teachers and schools were unprepared for remote learning security patches for software and some of their Zoom meetings had people popping up in meetings uninvited. And it also opened up the schools as an easy target for hackers and data breaches. It’s hard to believe anything like that (coordinated distraction) could happen with any kind of organization (from the throng of people) but many articles on Yahoo mentioned that in the rush to race Senators and other staff out to safety that they left emails and other things unguarded and not put away. Perhaps bugs and plants and things could have been planted to get into sensitive data. Another example from the History channel mentioned for instance before Malcom X had been targeted, a person had shouted about someone pick pocketing or someone having their “hand” in their “pocket”. And bodyguards went to settle the commotion and moved away from whom they were protecting made him vulnerable.

The news mentioned one casualty today and some injuries, and about the need to debate issues, but also about security and transparency. And as the day progressed the space around the Capitol was secured. And other sites also mentioned that a trade group was trying to get the one person in charge that seemed to be “stoking” a lot of the current fervor, to try to stop having him do that constitutionally.

As an ordinary Joe Citizen, sometimes all you can do is watch the news and try to make sense of it all. Many of us have become reluctant couch detectives and commentators trying to piece together this fragmented, often ludicrous reality that seems more and more bizarre. But when you pull the timeline far out sometimes you have the ability to see everything in the grand scheme of things. That’s what some people, visionaries and leaders sometimes are able to do: to pull out of the day to day minutiae and see the trees and rest of our place in the Milky Way galaxy and our place in the universe. Not the day to day battles and nonsense that’s going on every day: fighting for parking spots or arguing and bickering about the one time Valentine’s Day plans. There’s more to life than our own daily grind, but sometimes you have to just get up and put your shirt on and one foot in front of the other and go to work and get the job done. And that’s what we need more of.

(Quick update as of 1/10/2021: multiple handful of casualties reported and injuries from the event and equipment was stolen and desks ransacked. Investigators working on it.)

(Quick update as of 1/12/2021: A lot of media is covering external threats, but we found a good written opinion article on Yahoo talking about how people often overlook internal, insider threats and in this case domestic ones including hacking. Not all hackers are bad as some are good for defense for a company and detecting vulnerabilities before they happen for a bounty. Sometimes one has to just look in the mirror to see the enemy within.)