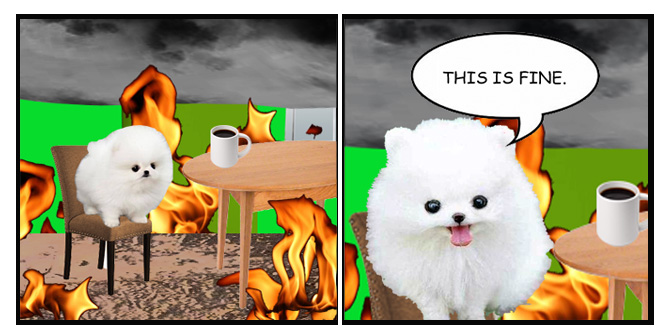 Only about six days into 2021 and already we have some pretty crazy happenings around the world. We put 2020 to rest, but still very much a lot of news from 2020 about the pandemic is still happening, we still have vestiges of the hope for a renewed funding in many parts of the world to help people that are experiencing hardships brought on by changes in business, many of which have had to pivot or risk closing down.

And another word that seems to be running rampant in 2021 is “conspiracy”. Lot of key words trending, “fake” and “unprecedented” and you keep hearing “uncharted territory”. To the typical person, all this seems like entertainment and entertaining TV and media vying for our attention. Perhaps people are craving looking at their phones and news and media so much hoping for news that we’re going out there and creating news ourselves.

There were more injured, a few casualties broadcast on the news. Really you can look at the headlines and will probably get more info that way.

Many of these things you can’t control. You see headlines again from 2020 popping up here and there again about Trebek, and hacking, and medicine rollouts.

But for us lay people, we just want to earn our keep, make our daily money and go home. Many of us don’t need the additional excitement and happenings that are happening in the last few years.

For that, again it’s time to check in on yourself. How are you feeling mentally and emotional? How are your friends and family? How do you explain the world events to any younger children you have or in the context of history.

We can’t let the constant barrage of media overtake our lives and many have found they’ve become addicted to the news due to the constant flow of events in the last few years. Perhaps one day we can look forward to a mundane news cycle again where you can avoid having to turn on the TV or look at news just to even know what’s happening at stores in the supply chain, curfews, lockdowns etc. The world can still continue as normal for your family and kids.

We cannot let our time pass us by as life is short in many ways, but also long and harsh all too often. Hopefully you have been making plans for the year and keeping them thus far. For 2021 many of us have concentrated on renewed health and vows to better eating and exercise. It’s almost a week and it’s a good time to check in on yourself.

Perhaps you’ve been trying to invest. It has been an excellent market thus far. If you had money stashed away and started investing at the largest downturn period of March 2020 that had the bottoming out of the stock market drop, you would have made it back and more if you had dollar cost average into almost anything really. And of course cryptocurrency has been going absolutely nuts in the last few months. It has been regularly making new highs. If you’ve not been hearing about this either on the news, on websites, or from friends, family or even in politics, then you are truly clueless and that’s not a great thing. Many bonds are earning next to nothing. Metals have thus far been relatively safe havens and stable. But that doesn’t mean you’re making money. The saying is that “scared money don’t (sic) make money”. If you want to get a high return, sometimes you have to take a bit more risk.

So what message should we get out of all this?
Watch your time.

There are a lot of people denying reality or pushing back on things that can leave you in a cycle or drained. These are energy vampires and should be avoided. Often you will see that the people that are highly intelligent and charismatic leaders have to pull back and have alone time and not be part of the crowd. It was seen in the past that being part of a crowd was important back in the early days of man where you had to rely on each other. But we’ve seen lately that geniuses and smart people often prefer their own company because as they step up the ladder of success they don’t always play by the same rules or get challenged in the same way. They find a different social circle and don’t always suffer the fools lightly and readily.

Time wasters either won’t look up something themselves, or keep you angry and ranting and spinning your wheels in stuck in tracks. Beware of these people. And gaslighting and trying to warp reality. It sometimes is a war of mind and intellectuals.

We can’t go back often in change the past. We can’t go back in time and invest in several thousands of cryptocurrency, or try something different with an ex after they are long and gone. We don’t have a time machine for that. But we can work to change the course of destiny in front of us.

Take the time to periodically check in, have quiet time and rest and recuperate. A lot of CEO’s have a quiet time either meditating as Seinfeld has been known to do, or relax with dishes as Bezos is known to do. Some people walk. But have some alone time and unstructured time. Many parents fill their kid’s schedules full. One CEO for example found unstructured time and time to just be around the dinner table with their kids helped them bond again as a family. And Gates and Jobs used to not allow their kids on electronics for a long time so they could develop the skills and interpersonal relationships to be successful. Whatever it is, we all have 24 hours to deal with and be successful.