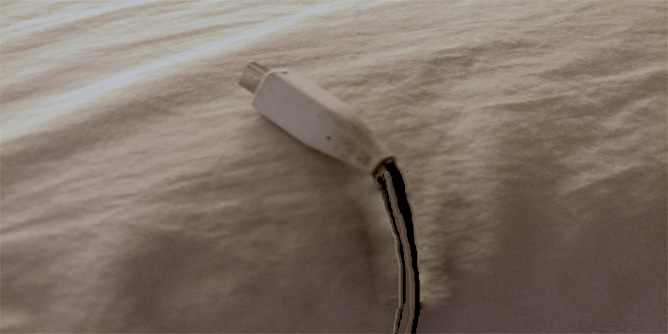 [Quick update note: Normally we recommend to update apps, but sometimes you want to be careful about updates as they may disable or delete features that you actually want and most recently a lot of apps have been pushing fixes and patches in the name of a supposed upgrade update when they actually delete them off your system! The recent computer breaches in many networks across the country actually used a clever design of hiding malicious payloads in what were thought to be normal updates. They delivered and injected their spyware using the updater programs available on most of the systems. So it’s sometimes important to review and manually do things on your computers. A bit more time consuming but it’s another layer of security. We can’t always trust updates nowadays. Trust but verify has changed slightly. And backup your critical apps and apk’s etc. before you update if you can.]

Hey readers. Thanks for checking out our site. If you’ve found and stumbled onto the site somehow and find our articles thought provoking, interesting or helpful then it’s serving a good purpose. The articles aren’t necessarily to spur debate or make you go against your intuition, but at least 1) examine your beliefs 2) focus and question your limiting beliefs 3) examine your perspective of reality 4) think differently 5) stop being mindless sheep.

Today we just want to remind people that technology is just a resource. And you have as much flexibility and control as your let yourself in most cases. Freedom is an interesting concept. The only time you miss freedom is when you lose it. Case in point for instance you had rights and access to something, but then you did something and then lose rights and privileges. As an example, let’s say you commit a traffic violation or something like that one two many times. Then you could lose a driver license and have to take public transportation or have someone give you a ride.

In the most recent example, a lot of people have been finding cancel culture and issues with either violating some social norm and then getting backlash either on the press or in social media. It is interesting to note that those that are more and more entrenched in a particular system have the most to lose. If you have let’s say 10,000 followers on a platform versus someone that only has 50 followers for example then you could argue that the person being deplatformed from a internet space would have more to lose.

You can see examples in politics when people are supporting or denigrating or have a view a particular group doesn’t like. It causes viral, sensational events to become quickly known. Feedback for such a circumstance is fast given due to the emotional intensity based on political views at the time.

You’ve seen that in race, gender identity politics, issues about weapons control, etc.
In the past an individual needed a group to be able to live, because once you were ostracized, you were cut off from society. No one wanted to deal with you with a ten foot pole. Sanctions essentially is a form of cutting a group from the means of financial aid and support.

With globalization and the Internet, it’s not as hard to find a fellow weirdo with similar opinions and mindset as yourself.

However there’s also censorship and other concerns one has to worry about. Often some of the most important things out there are the things that you aren’t able to access or are restricted or don’t have privilege to. Examples are whistleblower leak sites that are often labeled as too embarassing and not for release.

Computer companies have this truce up to now with maintaining access to big libraries of important people while also protecting & shielding themselves from liability.

You may have seen sometimes certain banned things in countries like books or commercials or political videos etc. A lot of times you find that people try to discourage or dissuade access or looking into something simple because it opposes an idea or would give you too much power or knowledge into something that perhaps you would start to question what is permissible to think. You would end up their narrative. Many countries in war time for example remove and get rid of books and replace it with their own branding and propaganda.

It’s important to know what is happening to the world and sometimes you need to get access to that tree of knowledge to evolve. In Ray Bradbury’s Fahrenheit 451 you might think that it could be ludicrous that books could be banned, but really it’s a discourse on censorship and freedoms and what limits and lengths a person is withheld from information (for the sake of bliss). You could see scary parallels with the leaks a few years about the fact of a surveillance state.

Also some news channels will blur out a scene in broadcast for things that are too graphic for TV or have censorship based on profanity. This is good to maintain some standards for certain programs. But it’s also important to have an unredacted wholesome copy to examine whenever possible. You’ve seen more transparency with cameras worn on bodies and others when handling live drama unfold.

One way to get yourself a way to access content that is being restricted is to have alternate app stores on your phone. F-Droid is a good choice for Android based phones for example. Android is based on a particular Play Store ecosystem. There’s are a few concepts like jailbreaking, rooting and other tech concepts for more advanced users. However we don’t recommend doing jailbreaking or rooting on a live production device with very important data especially if mission critical because sometimes systems can crash afterwards and if you’re not properly backed up, you can lose data.

Another thing to know is that you can usually go outside of the default app stores on your phone, but a particular dicey app can potentially cause problems because they aren’t always better. Or they could have malware. In theory the Play Store and App Store ecosystems will try to protect you from hazardous software but sometimes they do hold back content that is otherwise harmless. An example when cryptocurrency was gaining popularity and the iPhones wouldn’t allow those kind of apps on its hardware.

There are times where you are better off visiting a particular website and just download it the app.
You can also sometimes get an app from a file transfer, a link or simply installing via a special mode on your phone that lets you basically have more access. And there’s also a way to use an Android tool kit or adb and load things on your phone. Some apps also encourage you pass it along to your friends because they are open source and free.

Now, when you are installing apps outside the Play Store, you may have to flip a protection mode off temporarily, By default your device blocks unknown apps and it does a process of checking to see if an app came directly from the app store. Some app stores now are preventing legitimate apps from installing because they are “too risky” or dangerous for their store. Should this be allowed or is it political censorship?

Don’t forget that you can sideload with certain app back up and restoration programs as well as sometimes loading in a recovery diagnostic mode sometimes. There is a rising tide of alternate social media apps and you can often find them on their website so you don’t have to be tied down by an app store company’s decision on what to feature on their store or not. A tiny segment of examples are Parler and Rumble and Minds for instance. We in no way are advocating for any of those apps but just mentioning them for educating the public.

Freedom is a choice you have to constantly choose to enjoy the benefits of it. Recently the Section 230 protections regarding internet liability and journalism has been at the forefront of discussion. You have a major political world leader who recently has been blocked by multiple platforms due to controversial statements. The ACLU has stated as well as other journalists that it’s important to be on guard because we could be sliding down a slippery slope of censorship if the population can’t even access old records and conversations for educational and historical purposes. In the U.S. important gov leaders have to establish a library and written record and it is interesting to note that 1) the timing of blockage of the social media account was at the end of the term and not any time in the middle after a lot of attention had been brought to the particular social media due to the individual’s popularity. 2) other leaders and individuals have said controversial messages and have not yet had the same treatment.

Some celebrities and people and other political figures are celebrating this action, but this type of action is no more celebratory in nature than someone being punished and scolded. You don’t celebrate a wrong doing … but probably feel vindication for “finally getting justice”.

Up to now we have seen for the most part transparency in actions. At least we can see the thought processes and tweets and direction things are going. What would be worrisome would to not have access to thoughts and ideas and be left in the dark. People have been fighting for transparency and sunshine on many areas of governance. Why in this case a ban was done, perhaps a permanent one might have been extreme to some people? Time will tell if this is a creeping problem and slippery slope problem as our conversational rights and freedom of speech is subtly being eroded before our eyes and we are the frog being slowly boiled in the pot to death.