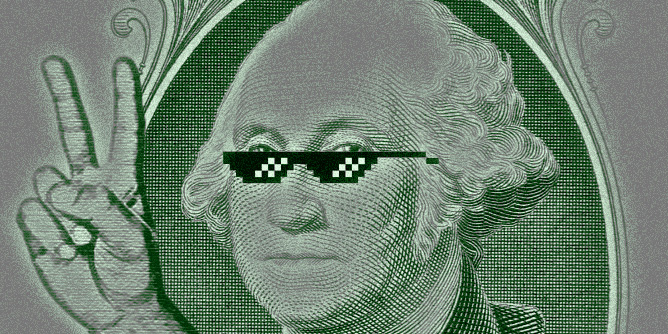 Growing up, most of us didn’t learn about finances and the concept of money in school for the most part. Sure we learned about coin denominations and about the names of money like pennies, nickels, dimes, quarters, and dollars. We learned about the presidents on the dollar bills. We learned about watermarks and serial numbers and that we trade money for supplies and goods and services. It was a very rudimentary couple of lessons. But most of the money lessons we either had to learn or learn from our family.

Many of us learned money habits from our parents and families. We grew into particular money habits. And some of the most prevalent habits became our lifelong personalities into adulthood.

Some of the most common personalities are described as follows:

Now these are just general categories and people can change habits and change what they do and where they fall in the spectrum. It’s all about moderation and good habits. A few good habits can set you up for success and also make you more center and balanced in your life.

For savers for instance you can be more moderate in your savings. Perhaps you’ve save all your life and now are married and have a partner that’s a bit more of a shopper. It’s known that a big part of marriages have disputes primarily over money. And so it’s important to talk it out and find out where you are compatible and also find ways to manage money suitable to both parties. For example one person, Kim, might have grown up in a family where food was always scarce and money was scarce and so has a fear of not having enough money to provide for the family even though both family members are earning a good decent income. The other person perhaps had habits brought about because their family always was a big saver and never spending much quality time, so perhaps Jean wants the family to spend a bit to go on a nice vacation and family gather so they can have the family time and experiences that never occurred growing up. Neither portion is necessarily wrong, it’s just different sides of the coin so to speak. And that’s why finding your money personality type and why is important.

A lot of times people also have false beliefs when growing up. How many times have you heard:

There are many other beliefs that we grow up with that are limiting beliefs or bad mottos to our life success. And often we have beliefs that we grew up with because our parents or teachers taught them one or two false beliefs that stuck with them. It didn’t encompass all scenarios but it became part of their system of beliefs. For example. Let’s say you had 3 round objects and threw them on to the ground. The red one smashed apart. The brown one crumbled. And the yellow one bounced. And you come up with the theory that all yellow balls bounce. But it was just because of the type of object and density and material and not the color that mattered because the first one was a tomato and the second was a chocolate cookie. The third one was a tennis ball. But if you have a faulty partial belief that worked some of the time perhaps you thought it to be true all the time.

So if we analyze the above statement that money doesn’t grow on trees it’s the idea that money is very limited and scarce and hard to make. But that’s perhaps you didn’t suddy economics, business, stock investments and supply and demand and didn’t realize that money can come and go, be leveraged and exchanged and traded for several other things. And that if you’re creative and innovative enough, you can use a bit of money to make more money.

The other belief of money being the root of all evil is a terrible expression because it implies that there’s something wrong with basically coins and paper fiat money and that it causes men and women to do bad things, when it’s not the object that can be used for bad purposes like financing malicious operations. It’s the intent of the person behind what they are doing or trying to do with money. It is the same a other possessions, weaponry etc.

Another faulty assumption of some is that they don’t deserve to be rich. That you have to be either gifted or talented to have a lot of money or that due to them not being smart enough or educated or business savvy that they shouldn’t own a lot of money. But there are many exceptions to this as many people that simply were in the right place at the right time and used their hard work and skills were able to make plenty of money. Basketball players, Olympic athletes, politicians, postal workers, janitors, motivational speakers, regular Joes and Jills and many other people that simple took the time to save, learn about money and assets and worked hard have all been able to amass steady and decent sized accumulations of wealth. What makes them any more worthy than you or me? We are all born just wanting to have a good living and quality of life and everyone deserves this.

And the other faulty assumption is that someone doesn’t deserve that money. Perhaps you’ve looked on at someone else’s enormous wealth or upbringing or they drive fancy cars. For some they’ve gotten large government checks or disabled. While it maybe be easy to be critical and judge, until you’ve been in that person shoe’s it is difficult to know what happened and steps to get that money. So it might be better to suspend judgment and resentment and thus lower your blood pressure over something you can’t control, which is someone else. You can however affect your own wealth. A lot of people that are envious or jealous may be due to several reasons. Perhaps they don’t take the time to research investments or do the additional work and training and education to get to that position. For example, it may seem like some of the big CEO’s have insane amounts of wealth, but a lot of hard work happens behind the scenes. Often people see the big splashy headlines that make for great news and magazine covers, but don’t understand the sleepless nights coding, or training at the gym, or studying for that degree or writing that book that becomes a bestseller. Despite the glitz and glamour, hard work is ever so important.

For a majority of us, we do need to get into our heads that work is important and not forget it. Some people think that money will magically fall into their laps and they will wake up rich from the Mega Millions one day or a lottery, but that’s such a rare occurence that if you’re a betting man or woman or hitting the casino, you might win some, but you’ll often lose some. We have to take the rein of money into our own hands and control our destiny. And the bad part is that we have really bad imaginary beliefs bestowed to us by either tradition, superstition, certain religious dogma and other credos that make for a bad adulthood simply because we refuse to accept reality and dabble in the most deviant fantasies about money and winning fame and fortune overnight. Most of the modern day billionaire tech giants also went through many years of failures and successes and bumping into obstacles and setbacks before figuring out a good winning formula.

Really if truth be said, success at anything in life and especially money, as well as relationships, jobs, and whatever you can think of requires purposeful direction. To be above the fray and earn more than you have now and get rewarded with money, you have to do more and be more. Because money is often a rewarding of some skill, talent, time, effort and quality you can do, sometimes excel better than others. And to be an exception requires time and intent. Exceptionality requires intentionality.

You must therefore strive to study about not just money, but also ways money interacts with the world, finance, entrepreneurs, the way money moves and the good and the bad and the ugly. You go to school to learn to be better at a trade or business. You strum and learn your musical instrument until you drive your parents and next door neighbors made and your fingers sore and blistered. You run marathons and practice gymnastics till you’re a world Olympic athlete. Why wouldn’t you study how to know a few basics about money and something so important to your financial future? They say to pay yourself first, and that includes devoting the money to yourself for retirement, but also the time to study about to use and allocate your money for the best bang for your buck.

There are many great magazines out there. You can start with looking up financial magazines like Money, Kiplinger’s, Worth, Entrepreneur and also read Financial Times, Investor’s Busines Daily, Morningstar. Read CNBC financial and Yahoo Finance news. Learn about various assets and commodities, futures, metals, and digital currency. Learn about foreign exchanges, about yens and Euros. Learn about taxes and doing your own. Look into 401k’s or SEP’s or IRA’s and the differences between Roth and traditional investments and 403b’s. Look into where you can park your money for returns and the interest rates. Look at dividends and various HSA’s. Do research and make it a life long habit to keep reading. Over time you’ll amass useful knowledge and pass along some of that knowledge and in effect help raise the tide of knowledge so others are financially savvy.

Remember, money is just a tool and way to help you achieve a good quality of life. Your health and wellbeing is just as important. Knowledge will help arm you with the tools to make the right decisions to achieve that quality of life that you want to achieve.

The more you associate yourself with the right tools, the right environment and incorporate good sound money habits and resources into your daily life the more you’ll attract money opportunities and chances and luck essentially your way. Good money mindset can be a wealth attractor.