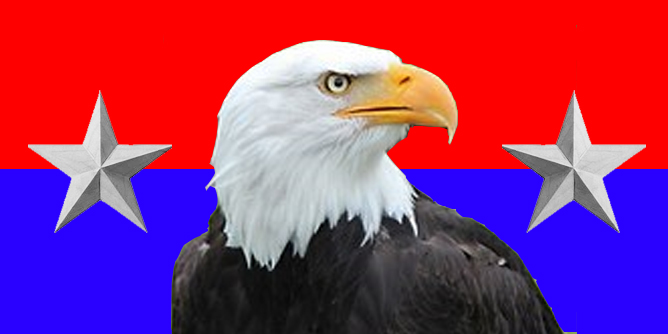 Well, you know how you have the best laid plans to start the new year fresh and then oopsie, something takes you off track? Well I had tried to make it a regular thing to push an article a day. It was a reasonable goal and ambitious. I had been able to do it regularly back 2 years ago when there was a bit of time during January of 2018. A lot of us had been going through an unprecedented 35 day hiatus at the time and many of us also found it as an opportunity to try something new.

Well, it had been a few weeks since posting to our site and come the new year we were making pretty progress with getting a decent headlining photo and subject matter of importance. It seemed like we were breaking news every single day due to nonstop social media bursts of messages and people feedback that made its rounds.

Now that we have an incoming new year and new outlook on everything including politically, hopefully this will be a fresh start. Yes, we still want to post regularly, but as you could see we haven’t posted for 5 days and even the best made resolutions sometimes need a bit of reset. (Plus I was feeling particularly tired the last few days and needed a recharge and reset.)

Here’s some of the major happenings in the last few days. As I like to put it, no news is often good news and the slower we push out articles, the more time we have time to chew and digest it and ruminate how it affects everyone historically in the big picture. Let the major news outlets push out the news and soundbites and all that. That’s what they are good at. We are better at the oddball, niche, weird stuff any ways. Hopefully that doesn’t diminish from the occasionally interesting, trendy, and commentworthy thoughtful stuff that occassionally comes out in the mix.

It was particularly nice to look back at some archived news the first part of the new year and see maybe one or two pieces on our site that looked really nicely made when we first came out. Namely, the shutdown piece was a quite informative piece as we were on the front lines at the time and the news was coming hot and heavy and the article took particular attention to details, was fact driven, and less opiniony and there was ample time to edit that piece over several days. The graphics looked nice, and it also showed various public views and historical context. But the news goes on, and rather than pat ourselves on the back, which it sounds like what we’re doing (probably so!) we have to keep going on to new things coming out as news including tech, health, and many other topics continue to evolve.

While we will strive to always bring the best content we can and with the latest informaton and do copious research, we are no major news network with people around the world covering different angles and topics. Though perhaps one day others will be on the same mission to truth-seek and also aid other like minded individuals seeking to have a smarter, better, financial-free quality of life and join us in our endeavors. If you find a kindred spirit or topic at hand that ignites a spark in you, more power to you and hopefully you will light the way for someone else.

Now on to a few topics of the week.

Though we want to end this article on an upbeat note we will have to make mention that on another note, the conspiracy theorists have started to either see massive cognitive dissonance from having the veil lifted from their eyes, or are too stuck in the mix. Time will tell, but social media and other encrypted messengers show they have been pushed from major platforms and minimized. Now would be a good time to teach your kids and family about the dangers of certain beliefs, fantasies, and cultish thoughts. While many people have grown up with certain belief systems that also have some religious themes, some of these perpetuate into adulthood that have seen arise in paranoia and distrust of basic facts. Or some just troll and gaslight others.

The last few years and days has shown that truth sometimes need to be up front and center to prevent someone getting so disillusioned and spoiled to the point that it affects a person’s reality. Perhaps if someone had just said to Bruce Wayne, your parents are gone and being Batman won’t bring them back, then things might have turned out different. A lot of people have been swept up in the Kool-Aid and wishful thinking that the distortion of reality has been disconcerting especially on social media when some people can’t understand context, jokes, trolling, and others being real. The line blurs and things trend and all of sudden you have a lot of people following your viral paranoia. Cults, Santa Claus, Hale Bopp comets, Jones Town and the latest social media frenzy about politics mixed with religion. It’s just absurd that it’s 2021 and people still perpetuate superstitions, suppress others and educational inequity abounds.

There’s misinformation about vaccines. And even now people will still continue a new odd theory like they did with the Mayan apocalypse and every other apocalypse predictions of past. And people are waving their hands in the air thinking some odd belief for their particular faith. Not saying everything about a faith is bad, but there are a few that give it a bad name.

Be careful out there. 2021 started out weird, but we might be able to turn the corner and be better. Get read and get educated and more empathetic to your fellow man.

Oh and beware of big tech and censorship.

Over and out for tonight.