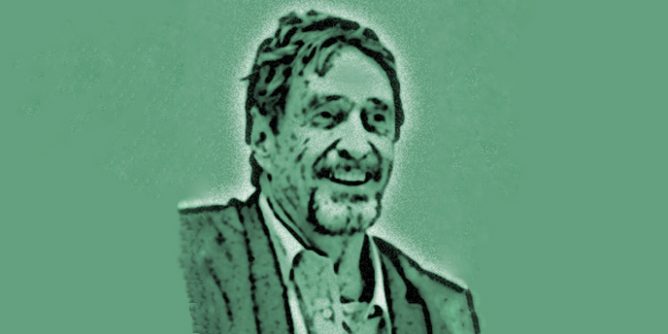 Mr. McAfee was born in 1945 in the UK to an American army family. His dad had been station on a base at the time. His mother was British. But he was raised mostly in Virginia in the U.S.

Mr. McAfee had an abusive alcoholic dad who eventually took his own life but it left a young teen McAfee with many unanswered questions.

He had majored in mathematics in college.

Mr. McAfee was a computer programmer and ran his own business and also tried to run for office as a presidential candidate at least twice.

He had also created one of the first ever commercially sold antivirus software. Although later he left the company he founded claiming disagreements and that the software had become bloated with unnecessary features and resource usage.

He also created many other companies that ranged from chat software, pharmaceuticals and antibiotics, web and mobile security & privacy apps, smart key devices, investment companies, and specialized networking solutions. He has also dabbled in smartphone technology and cryptocurrency among other interests including flight technology.

McAfee at times had a controversial shadowy, wild past but ofter tried to have fun while bringing to light certain subjects.

He has worked in various technological sectors according to Wikipedia from the Apollo program to working on Univac, Xerox, Computer Science Corporation, Booz Allen Hamilton and even Lockheed. There at Lockheed he heard about one of the first computer viruses ever made for a personal computer and was both alarmed and inspired / motivated to start his own company immediately recognizing the need to protect computers from cyber threats around the world.

Many of his future products sought to make computer and device users aware of the permissions and data being used by companies. And even discouraged smart phone usage as the devices often harbored privacy and security risks since companies used tracking mechanisms or sharing of advertising preferences and other data while profiting off the business model where users trade free or low cost services in exchange for companies harvesting client data often without the user’s complete knowledge.

In 2016 McAfee became embroiled in part of the San Bernardino Apple / gov backdoor controversy. Rather than having the gov force Apple’s hand at creating some backdoor into its own secure Apple encrypted devices and thereby setting a slippery slope of discouraging product innovation and degradation of future security mechanisms, McAfee offered to hack the device so Apple didn’t have to compromise its own devices that it had spent years researching and so law enforcement could still find a way to find if a device had any suspicious evidence to prove if a suspect had any useful information on a device. The burden of proof that a suspect’s phone contained useful information was not yet established, but their argument was that there possibly could be. And Apple or (any tech company in the future) said that crippling their products would discourage innovation of products if they would just be told that they are forced to build backdoors into all their products in the future. It was a slippery slope and the U.S. being a country that uses precedent (even if the precedent can be harmful in other cases) had several attentive news viewers actively following the outcome of the case. Ultimately law enforcement found some outside company to pay and get a work around to access the device without Apple’s help, but not before the publicity McAfee helped bring to the case.

He also brought to light many other flaws including in the Google platform.

And later he also was involved in many cryptocurrency campaigns to bring awareness to the technology and its utility, often with mixed public opinions and while using humor.

In terms of political views he has espoused views to let people do what comes naturally to them and not restrict natural actions from using medical drug compounds, to free market policies to religious liberties.

He is left with his current wife, Janice. And he has written at least five books on various topics ranging from computers to yoga and meditation.

In 2021 he supposedly passed away after many years of dealing with the law, often having controversial views but with a large show of followers and supporters.

While he may not be publicly praised or given adulations as people like Bezos, Gates, Buffet, or Jobs, he definitely left a footprint in technology history and hopefully his many contributions will not be lost to the history writers.